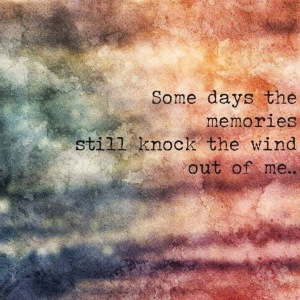 William would be four this year. We would be planning his transition to pre-school. Buying him his first little uniform. We would be watching him play and encourage his little brother, perhaps having a calming effect, perhaps feeding his boisterous side; we will never know. We would have to keep reminding him to be quiet, be careful not to wake your little brother. So many things that we should be doing, but we’re not.

Everyday is full of moments, where we are stuck in a time, a time where life stood still. The only way I can explain what it is like to live with losing a child is like being on a train. You can see life, almost reach out and touch it but you have to mind the step. There is something permanent between you and it. Sometimes you sit, motionless from behind a pane of glass, taking in all that is going on around you, sensitive to your surroundings, hyper-sensitive, noises, colours, movements, proving all too much. Other times you sit back and watch it whizzing by, knowing that you can’t get off, you are in transit, your world is moving, but you are stationary, perfectly stationary. I feel as though I am a ghost. I can see in, but people can’t see me.

Sometimes I’m strong enough to stand and get off at the stations. Step over the gap. Feel the rush of air in my hair. Be a part of life. I think taking part gets easier with time, I suppose more experienced with the grief. Perhaps recognising your personal cues, noticing subtle changes in your mood, your  motivation, knowing when rough times are coming, eventually you learn that your train is waiting, all you have to do is get back on it when your knees buckle. And they do buckle. Sometimes I have a bad week, and I put one in front of the other just for one solitary ‘good’ day.

Every time I sit in front of a camera and talk about William, about his death, about how much it hurts to miss him, it takes days, sometimes weeks of sitting in my carriage on that train to prepare. My eyes shut, feet firmly rooted to the floor, preparing. Preparing to relive, preparing to reignite that fear, those emotions, and go ‘there’. But it doesn’t quite compare, it doesn’t even come close to what I had to endure today.

You know when you have children and all of a sudden a switch is flicked over, it is no longer about you, but this tiny, fragile, human being you have created, and the FEAR. People try to explain the fear to you, an emotion like no other, a feeling of complete helplessness, like you are living in constant dread that something bad is going to happen to your little bundle of joy, every time the phone rings and it flashes up ‘nursery’, you fear the worst. Every time they step outside, within 3 seconds you have visualised every possible option of what could go wrong. The cars, falling debris, is there anything they could potentially trip on, eat? anything? maybe a piano might fall out of the sky and land on them? irrational, I know, but we have all been there. That feeling of not having total control over our little ones, even worse knowing they have no fear, leaping around the front room like they’re in mortal combat, but what we see is mortal danger. Now imagine all those fears being realised. That moment, when completely out of your control, their life is taken, snuffed out in one single heartbeat, not because you put them in harm’s way but because those that were supposed to relinquish the danger, increased it. Because their incompetence led to your child taking their last breath at the tender age of one. That fear is no longer a fear, but reality.

Now imagine living like that and then adding another baby into the mix. All the fear that I experienced first time round with William is now tangible, it is no longer fear to me but a plausible, possible outcome. It is almost an expectation. In 52 days Arthur will be 382 days old, the age William was when he lost his life. I feel completely and fully committed to the belief that Arthur is on loan, that in 52 days he will be taken away, and it is soul-destroying. No one can convince me otherwise, no one can assure me that Arthur won’t die, no one has that power. No amount of counselling, EMDR, mindfulness, yoga, meditation, writing, talking or other form of therapy will make me feel any differently; and if Arthur reaches 383 days old I am of the belief that it is borrowed time.

Arthur is now the same size that William was, he sleeps in the same positions and like most infants is living with an insufferable cold. Par for the course when they start nursery, multiple children together is like a germ fest, but you can’t stop them living, socialising and growing up. Arthur has been suffering with a cold for nearly four weeks now. It has been worse at times and I have taken him to the doctors on several occasions. I knew that it was viral and not bacterial but I feel reassured knowing that his throat, ears and chest were clear. Towards the end of last week his little cough had become worse but during the night he became a little wheezy, and the next morning it seemed worse so we called 111. We saw a doctor and he was prescribed antibiotics. Arthur napped at lunch time but when he woke he just didn’t seem himself and he had a temperature. We called 111 and they sent a paramedic. This paramedic determined based on Arthur’s observations that an ambulance should come to take Arthur to hospital. Arthur’s temperature was 39.1c, he started to vomit and his respiratory rate was double what it should be. He was just not himself at all.

I was already panicking and experiencing flashbacks from the paramedics being in our front room. The big, bright yellow wagon parked outside, just like when William died, blocking the road; a paramedic car too. It just haunted me. The equipment, the vocabulary, the dark green uniform. I knew Arthur was not seriously unwell, I knew he was ‘safe’ to some extent, but what I wanted was for them to go and revive my other baby, who I imagined to be lying on his nursery floor, dead. it took all my might to convince myself he was not there. The mind is a dangerous and powerful entity. You may not see it on the outside but if you could just see inside you would see torment.

Every single second of being conveyed to hospital in an ambulance was agonising. Cradling my little baby, one who looks so similar to William, sat on the same trolley’s, in an ambulance that looked identical, on the same route, the same visuals, the same sounds. As I sat there cradling Arthur I closed my eyes, and I smelled his hair, the same, sweet strawberry smell as William. Knowing that Arthur was safe, I wished and prayed so hard that the tiny little poorly baby I was cradling was William, that he was alive, that what happened on the 14th December 2014 was a nightmare and I was now waking up. But it wasn’t.

I will never wake up from that nightmare, but what is certain is that everyday there are triggers; reminders that force me back there, and I don’t want to go back there, but I have no choice. You see, living the way I live isn’t a choice, it is something that I must bear, I’m fed the tools with which I must rebuild my life. It is not how I want it, nor how I planned it. It is something that changes daily and no matter how much I fight grief I cannot change it. I must embrace all the changes that each day brings. I feel safe in the knowledge that with every step I take it is one step closer to my little William.