As each day passes I recognise that I scream more on the inside than on the outside. It’s just as loud, but just because you can’t hear it doesn’t mean it’s not there. I would rather be anywhere else than in my head right now. It’s like a constant merry-go-round of questions, the same questions, just worded differently.

As a person I’m very black and white, I like things to be just so, I don’t like uncertainty and I like to be in control of myself and what I’m doing. This is the first time I have never been in control, I can’t change what’s happened and I have no control over how I’m feeling. It’s frightening to not know how I’m going to be feeling from one minute to the next.

I know how William died, but why is something I have to try to somehow find peace with sometime. I have never been what I would call a particularly ‘religious’ person but I have always been open. I suppose I’ve always believed in ‘something’. I like to believe, and I do believe that William is in heaven. I like to believe and I hope that heaven is close, close enough that William can reach out and touch me so he knows I’m here, close enough so that he can hear me say ‘Goodnight sweetheart, I love you.’ 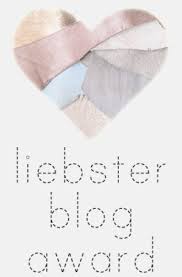